President of the Republic of Kazakhstan

President of the Republic of Kazakhstan

At the Akorda Palace, Kassym-Jomart Tokayev held a meeting with the heads of delegations participating in the 6th Foreign Ministers meeting of the Conference on Interaction and Confidence-building Measures in Asia. The gathering was attended by the Foreign Ministers of Bahrain, Belarus, India, Qatar, Kyrgyzstan, Mongolia, Russia, Uzbekistan, Turkmenistan, the Minister of Tourism of Israel, as well as deputy foreign ministers of a number of countries, as well as heads of international organizations and diplomatic missions.

Welcoming the participants of the meeting, the Head of State noted that the CICA as brainchild of Kazakhstan at the dawn of its Independence has now turned into a continental platform with the broad geographical reach and comprehensive agenda.

According to the President, today the Conference has the relevant potential to consolidate collective will and wisdom of Asian nations in the interests of peace, cooperation and development.

Kassym-Jomart Tokayev commended all Member States and the Secretariat for their dedicated and fruitful interaction with the Kazakh Chairmanship.

“As you know, we have set forth a cluster of ambitious priorities underpinned by the strategic goal of transforming the CICA into a full-fledged international organization. CICA already possesses all the essential features of an international organization, including foundational documents, decision-making and working bodies, operational budget and a permanent Secretariat. The proposed transformation will highlight the new role of Asia in global affairs. This move will also affirm the Member States’ commitment to creating a genuinely common, indivisible and comprehensive security architecture in the largest continent,” the Head of State is convinced.

At the same time, President Tokayev recalled that the Covid-related disruption has significantly limited the Kazakh Chair’s capacity in the CICA. With this in view, he suggested the CICA’s member States to support the following proposals.

“First, I feel privileged to nominate the CICA Founder, First President of Kazakhstan Mr. Nursultan Nazarbayev to lead the Council of Eminent Persons. Second, I announce Kazakhstan’s bid for another term-in-office at the helm of CICA for 2022-2024. If granted, we pledge to use a renewed mandate to reinforce collective efforts in fulfilling the CICA’s noble mission,” the Head of State said.

The President of Kazakhstan expressed the opinion that in the changing strategic environment, Asia is increasingly turning into the main geopolitical battleground.

“I am convinced that the twenty-first century will really belong to Asia provided that we develop a truly unified and constructive approach, assume greater responsibilities and obligations. In this regard, like never before, we need to invest our hope in CICA as the only forum capable of shaping a new configuration of Asian security, cooperation and shared prosperity,” Kassym-Jomart Tokayev believes. 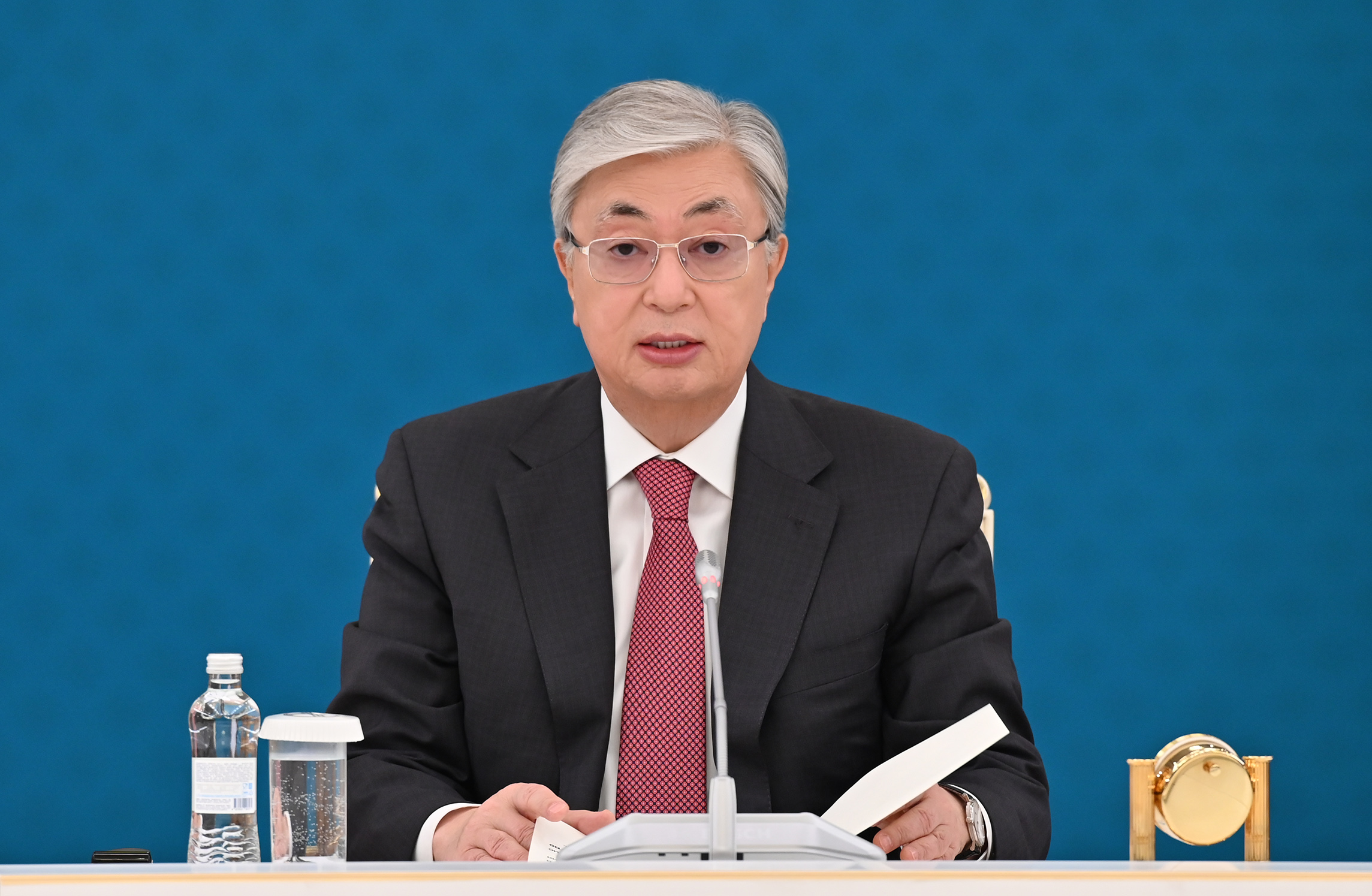 Addressing the diplomats, the President of Kazakhstan outlined a number of topical issues, which in his view, should be in CICA’s focus in the years ahead.

As far as President Tokayev is concerned, confidence building and conflict prevention remain the backbone of CICA. He noted that the member states have done a great job in developing an updated Catalogue of CBMs, which has embraced new priority areas for cooperation, such as Epidemiological Safety, Public Health and Pharmaceuticals; Information Technology; and Combating Terrorism.

Another pressing issue the Head of State called the current situation in and around Afghanistan.

“Five Central Asian states have a special interest in Afghanistan’s back to track. Kazakhstan’s message is very simple and clear – we strive for not Great Game but Great Gain in the Heart of Asia,” the President stressed.

Amid the ongoing pandemic, President Tokayev pointed out the need to ensure broad access to vaccines. He reaffirmed Kazakhstan’s intention to make a feasible contribution to strengthening the universal health care system through the QazVac vaccine. He called on the CICA partners to intensify collective efforts within the new confidence-building measure on epidemiological security.

Kazakhstan President also noted that the pandemic could become a turning point that will open up new opportunities for strengthening the role of Asia in the world.

“Our region is already a global center of gravity. It is home to 60% of the world’s population and about 40% of world GDP at purchasing power parity. Such powerful economic entities as the Eurasian Economic Union, ASEAN, APEC and the Comprehensive Regional Economic Partnership operate on the continent. In order to increase the sustainability of our economies, the CICA, in my opinion, will have to pay special attention to cooperation with these organizations,” the President believes.

The Head of State stressed that the Conference is constantly working to strengthen its economic dimension. In particular, new measures are being taken to ensure the security of financial transactions, pipelines and logistics routes. In addition, he drew attention to the importance for further development of transport corridors in the CICA space.

“Long-term investments in continental infrastructure projects open up wide opportunities in this dimension. According to the estimates of international financial institutions, it is necessary to invest $1.7 trillion annually in these areas by 2030,” Kassym-Jomart Tokayev said.

In the President’s speech, a big attention was paid to climate issues. He stated that amid the global climate change, the ideas of sustainable development should be reflected in the policies of the CICA member states.

“Nowadays, the Asia-Pacific region is increasingly susceptible to various natural disasters. It accounts for more than 40% of the world’s natural disasters and 84% of the affected population. These issues are of particular importance on the eve of the COP26 Summit, which is the most important climate forum after the Paris Conference. The high standard implementation of the agreements in Glasgow is of great importance for preventing further human casualties and lowering the standard of living. We hope for the assistance of your countries in promoting these pressing issues,” the Head of State said.

At the same time, President Tokayev expressed concern about the growth of extreme weather events that damage food and water security in Central Asia, the Middle East and other regions of Asia.

“Kazakhstan, as an active participant in global food supply chains, as well as the initiator of the creation of the Islamic Organization for Food Security, believes that these issues should occupy a priority place on the CICA agenda. It is important to support our inclusive growth and social well-being, especially in the post-Covid period,” the President believes.

The Head of State expressed the opinion that against the background of the escalation of geopolitical tensions, the “technological iron curtain” is becoming more real. In this regard, he outlined Kazakhstan’s interest in deepening technological partnership with CICA member countries to offset new risks. Kassym-Jomart Tokayev stressed the great importance of inclusion of cooperation in the field of IT as a new confidence measure in the CICA Catalogue. 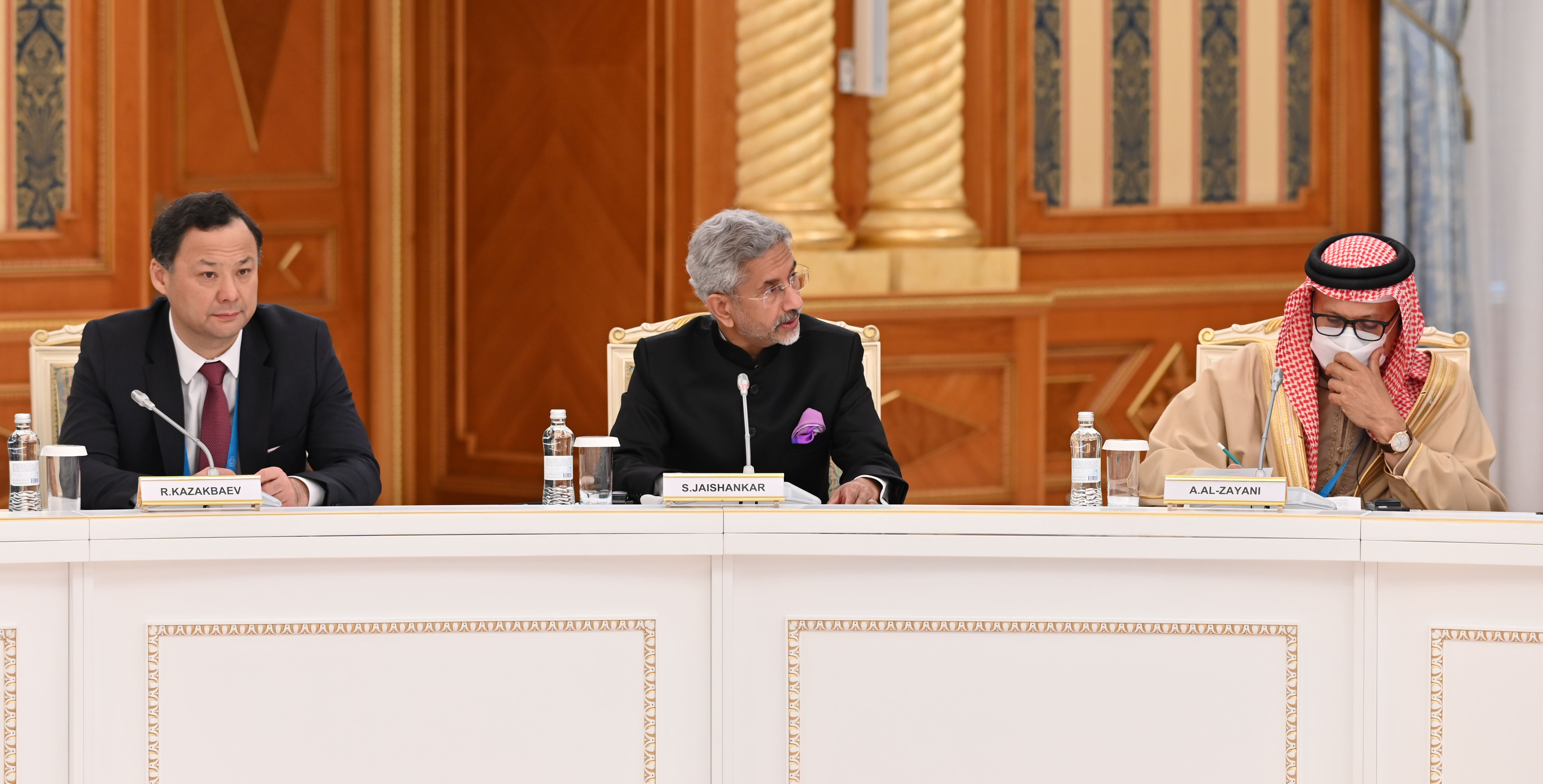 A separate block in the speech was devoted to the expansion of cooperation in the field of finance.

“We welcome the outcomes of the CICA Financial summit. Today Kazakhstan is becoming one of the important players of the financial market in the Eurasian space. Here, I would like to note the Astana International Financial Centre. Today it is a dynamic financial platform combining the best experience of world institutions and using the latest tools based on English law. I invite CICA partners to use the AIFC’s capabilities more actively,” the Head of State said.

Concluding his speech, the President stressed that all his proposals are aimed at achieving a common goal – building a safer, more sustainable and prosperous Asia. In this context, he emphasized the importance of the 6th CICA summit, which will be held next year in Kazakhstan. According to him, it is intended to determine the course of “a New Asia in a New World". The Head of State stated that he attaches exceptional importance to this summit and invited the leaders of the CICA member countries to take an active part in its work. 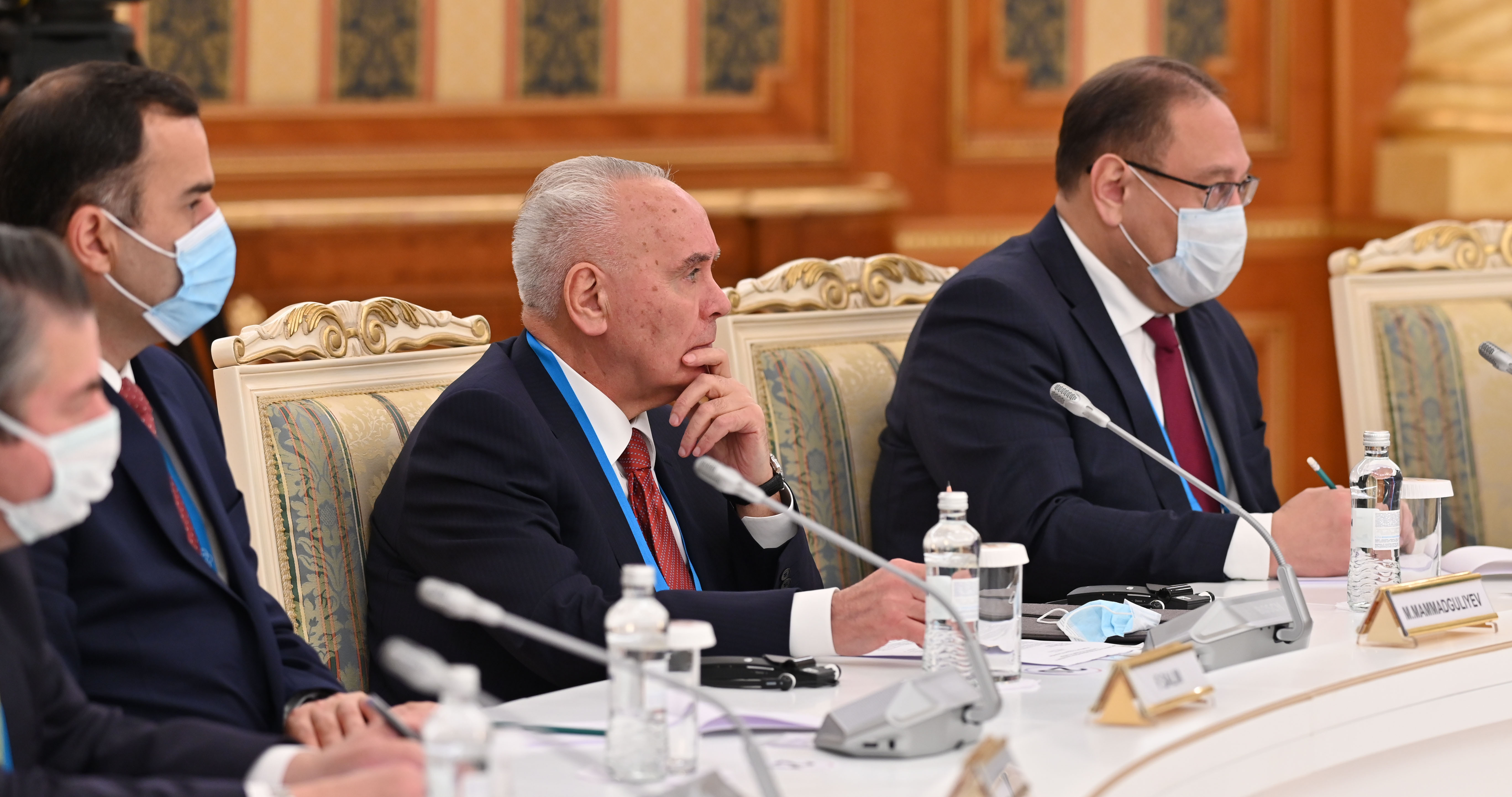 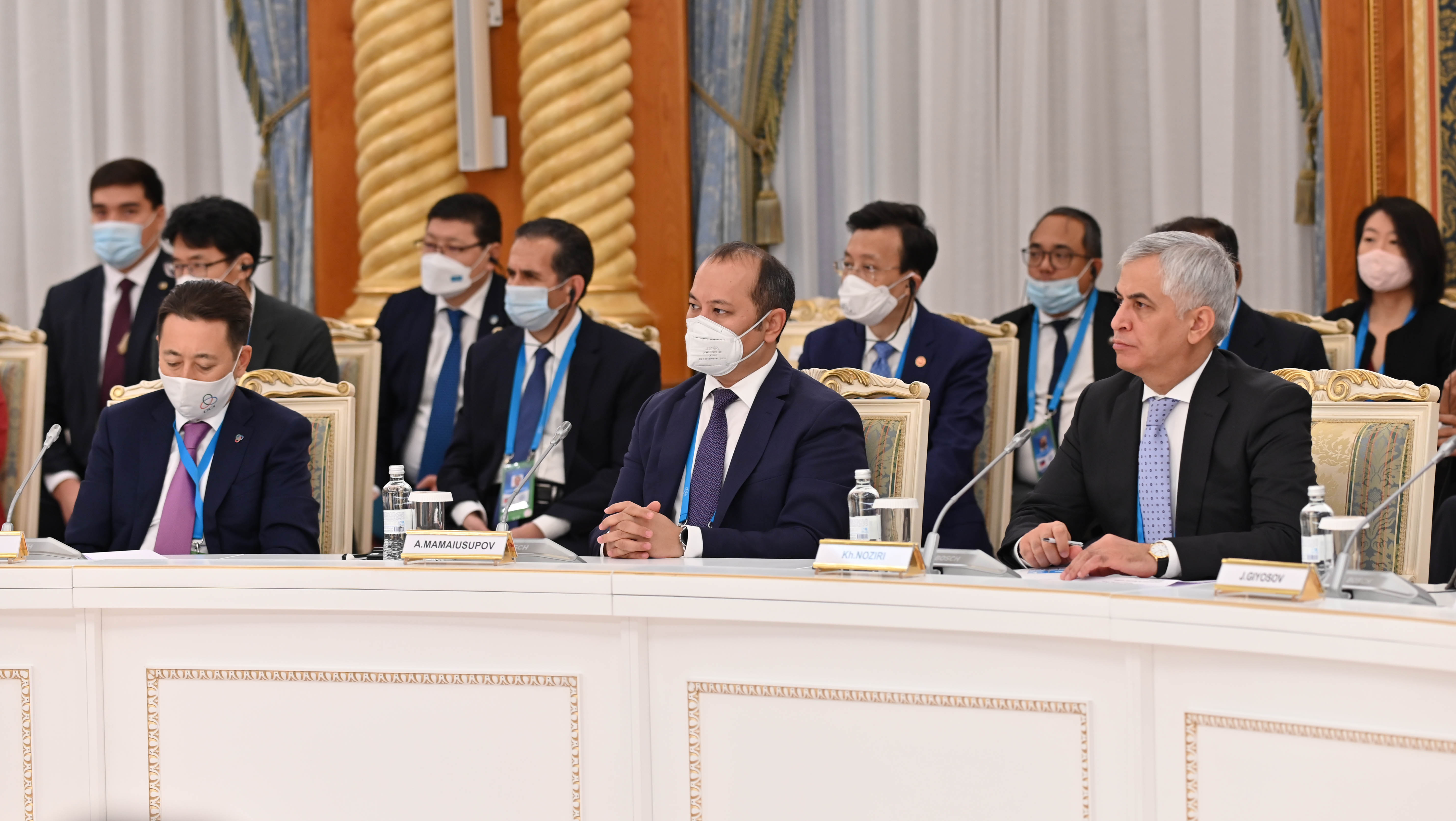 The President holds meeting with heads of certain state bodies

The President of the Republic of Kazakhstan